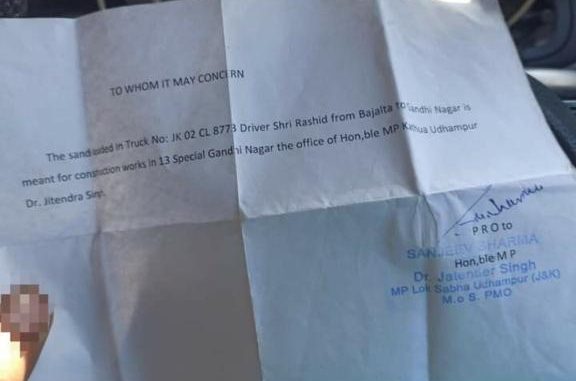 In the mundane world of today, blessed are those who have uninterrupted reach to Social Media. It being open to all, the mass use of social media has allowed their messages to get through instantly which were often blocked by traditional news media earlier and even now. Here too in Jammu and Kashmir, where the traditional media has set its own rules as to what will go for publishing or broadcast, social media proved a boon for the people by hitting the former’s monopoly over the free and fair flow of information.

Credit goes to local social media for breaking the recent controversy over Mining-Gate in Jammu & Kashmir putting in the dock the J&K Administration posing questions over the whole process of extraction of minor minerals and policy; a ‘blanket ban’ by the J&K High Court; Illegal mining during ban period; uninterrupted supply of sand, bajri, gravels and boulders to various government projects while commoners faced short supply for their shelters that too at huge rates; the allegations of money-changing hands or extortions (‘Hafta-Vasooli)’ whatever it is in this dubious trade; and finally bursting the bubble by BJP leader Vikram Randhawa and followed by orders of enquiry by the Geology & Mining Department- which although is an accused but will now act as jury and judge in the same case.

An authorisation slip purportedly issued by the PRO of Union Minister in PMO Dr. Jitender Singh to “Whom it may concern”, going viral on Social Media, for a Truck JK02 CL 8773 loaded with sand for passage from Bajalta to Minister’s local office at Gandhi Nagar. One can imagine the situation of non-availability of the construction material to the small fries. Thanks, Social Media!