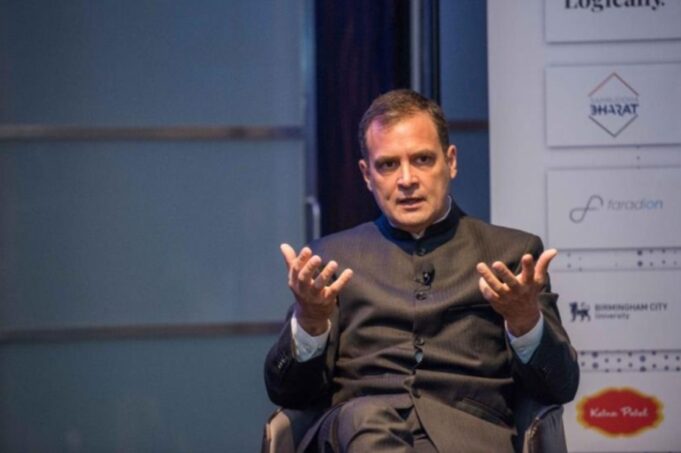 LONDON: Congress leader Rahul Gandhi on Saturday slammed the Bharatiya Janata Party government for carrying out a systematic attack on the institutions that allow conversations to take place.

Addressing the ‘Ideas for India’ conclave in London, Rahul Gandhi said, “What is happening today is that there is a systematic attack on the institutions that allow conversations to take place. There is an attack on the Constitution of India. The result of this attack is that the states of India are longer able to negotiate with the government.”

Highlighting that democracy in India is a global public good, he said, “It is a central anchor for the planet. Because, we are the only people who have managed democracy at the scale that nobody has. If that cracks, it is going to cause a problem for the planet.”

When asked if India should return to multi-alignment as far as Indian diplomacy is concerned, the Congress leader said, “Pragmatically navigate the waters you are in. Look at the situation, take into account your country and requirements, the idea of prosperity and conversations. Use those fundamentals to navigate.”

“From the struggle that we are witnessing, we will get an India that is much better than the one we have right now and one we had even before. I think something beautiful is coming. I fundamentally believe in the spirit of our country,” the Congress leader said.

Lauding the efforts of the Congress party in India, Gandhi said, “The Congress is fighting polarisation. We are holding a position that brings people together. The Congress and other Opposition parties in India are doing that.”

This is the first such overseas event for the Congress leader after the return of normalcy in international travel which had been disrupted by the COVID-19 pandemic.

Gandhi’s visit abroad has taken place at a time when the Congress is battling dissensions. A senior leader in both Gujarat and Punjab has left the party

JAMMU: Former MLC Vikramaditya Singh has said that holiday on September 23 will be...